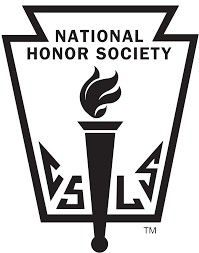 Here at Lincoln Way Central we have incredibly talented scholars, athletes, and leaders. One of the many ways our school chooses to honor these remarkable students is through membership in the National Honor Society. The National Honor Society was founded in 1921 by Dr. Edward Rynearson, principal of the Fifth Avenue High School in Pittsburgh, Pennsylvania. This organization was started to honor students who excel in the areas of scholarship, leadership, service, and character. In order to be considered for membership in the National Honor Society, the first requirement is that you must be at least a junior with a minimum 3.5 GPA. After successfully achieving the required GPA, you are selected as a candidate for potential membership and given an application. This application assesses your strength in the four pillars of National Honor Society: scholarship, leadership, service, and character. Once completed, there is also a survey sent out to all Lincoln Way Central teachers, asking them which students they consider to be the best choices for membership. Taking both the application and teacher survey into consideration, the new members are finally selected and inducted.

The National Honor Society induction ceremony was held on October 15, 2015. This year 156 students were inducted. The night began with the traditional pledge of allegiance and national anthem. After that, many people spoke throughout the night including Dr. Provis, Dr. Tingley, Mr. Haring, Mrs. Starklauf, Mrs. Mackowiak, and the current NHS officers.  Once Dr. Provis and Dr. Tinlgey gave their speeches, Mr. Haring was presented with the Honorary Tribute Community Award and Mrs. Starklauf was presented with the Honorary Tribute Faculty Award. Following the awards was the candle lighting ceremony. In this ceremony, each officer lit a candle representing the four pillars of NHS: Scholarship, Leadership, Service, and Character. As the night came to a close, each student was recognized for their accomplishment. Being inducted into the National Honor Society is a great honor and the ceremony did an excellent job of recognizing the student’s achievements.