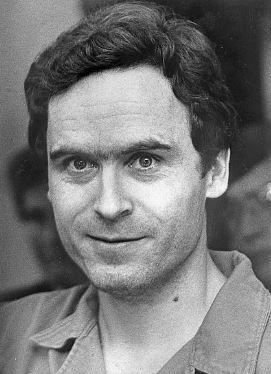 Anyone who’s ever flipped through the channels on their TV can recognize that American culture has become fixated on true crime stories. This isn’t necessarily a new development– crime stories have been available to the public ever since the development of the daily newspaper, and true crime as a genre gained popularity in 1966 with Truman Capote’s novel In Cold Blood. As technology advanced and platforms developed that allowed for a more ubiquitous sharing and consumption of true crime stories, the dissemination of these stories became a lot less formal than it was in the genre’s infancy. Instead of novels, true crime stories are now more likely to be consumed through TV shows, podcasts, or Youtube videos. As these stories became more available, they also developed a sort of cult following. Some of the more famous true crime stories, like that of  Ted Bundy or the JonBenet Ramsey killing, have a community of online “superfans” that spend a great deal of time theorizing about and discussing these stories. The rise of these communities raises a few important questions, though: What attracts us to these gruesome stories, especially knowing that they actually did happen? At what point does using these stories for their entertainment value become disrespectful toward the victims and their families?

People enjoy true crime stories for a variety of different reasons. For some, the stories hold entertainment value in the same way that a horror movie might. Some people, though, are more interested in the criminals than in their crimes. Gina Arndt is an LWC alumnus and a freshman at DePaul University, majoring in criminology. According to Arndt, some people are interested in true crime stories “because complex crimes hone into the unthinkable aspects of the human mind.” She added that, “The psychology behind reclusive behavior really fascinates me.” Most true crime fans would agree with Arndt. It’s not that we enjoy knowing that people are capable of horrible crimes. It seems more so that people are interested in true crime stories because they offer a sort of window into the criminal psychology that, being seen as incomprehensible or simply unpleasant, has been historically excluded from polite conversation.

Many true crime fans are interested mainly in the psychology of the criminal, as well as in the narrative of the stories. Still, when consuming true crime media, it’s important to recognize that this is not fiction. These stories revolve around real people whose lives were severely affected by the events in the story, and it’s essential that true crime fans respect that. Mr. Finnegan teaches American Originals at LWC, a class that centers around the stories of interesting Americans. Mr. Finnegan presents several true crime stories each semester, but presenting these stories in a respectful manner plays a forefront in how he plans his presentations. According to Mr. Finnegan, “There are a number of books I’ve read on criminals that I’ve chosen not to present in class…I thought they were interesting, but the crimes are too nasty.” Sometimes, the way in which we frame true crime stories can unintentionally glorify criminals at the expense of disrespecting the victims of the crimes. “When I try to tell true crime stories, I try to tell the story of the person, and generally just gloss over the crime itself.”

Still, not all fans of true crime place such a high premium on respect. Recently, on Twitter, fans of Ted Bundy have fallen under fire for romanticizing both Bundy and his crimes. Twitter user @kellykeegs wrote on January 24th, “I know he’s a murderer, but we can say Ted Bundy is hot, right?” Netflix’s Conversations With a Killer: The Ted Bundy Tapes came out in 2019, followed shortly by the movie Extremely Wicked, Shockingly Evil and Vile, which details the life and crimes of Ted Bundy, played by Zac Efron. Immediately after its release, the movie faced backlash for casting a swoon-worthy actor to play a notorious serial killer, prompting some people online to focus more on how attractive both Bundy and the actor playing him are than on the horrible effects of the crimes Bundy committed. In response, Netflix tweeted, “I’ve seen a lot of talk about Ted Bundy’s alleged hotness and would like to gently remind everyone that there are literally thousands of hot men on the service– almost all of whom are not convicted serial murderers.” While many cite the casting of Zac Efron in the Ted Bundy movie as a way to romanticize Bundy and his crimes, others recognize the decision as being more calculated. “Of all the people I teach, I think Ted Bundy is the worst, because he was a chameleon, and I think to accurately tell that story, you really have to use a good-looking guy to show the manipulation…”

Whether or not the Ted Bundy movie unduly praises a serial killer, it is important for the sake of the victims and their families that any stories told about Bundy be examined with strict scrutiny. The true crime genre holds different meanings for different people, but these meanings are worthless if they do not stem from a deep respect for the victim and their families, and an unwillingness to exploit them for profit or entertainment value.