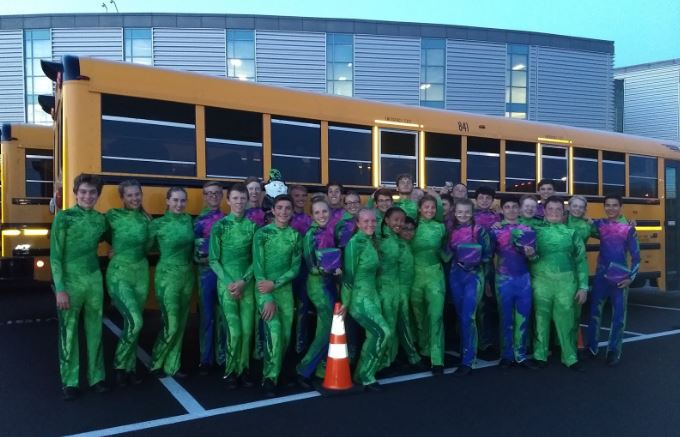 The Lincoln-Way Marching Band competed in their first competition of the 2019 season on September 14th. They placed first in class AAA and won Grand Champion at the Victor J. Andrew Invitational. The band won best in every category: Best Visual, Best Percussion, Best General Effect, Best Music, and Best Colorguard. Last year, the band made the same sweep of Andrew’s Invitational with their show “Las Rosas”. This year’s show is called “Scene Unseen”. Players use their uniforms to blend into props or draw the audience’s attention in order to create optical tricks on the field.

Many students in the band were exhilarated when they heard the results during the award ceremony. Annabelle Andrews, a senior flute player, says, “I felt excited when they announced our name because it was a great way to start the season!” Despite worries about strong competition and mistakes during the show, Andrews describes a rush of adrenaline that comes with performing in front of a large crowd that overtakes her nerves. Afterwards, she felt proud, filled with the sensation that she was “floating on air”.