Or, the recycling crisis 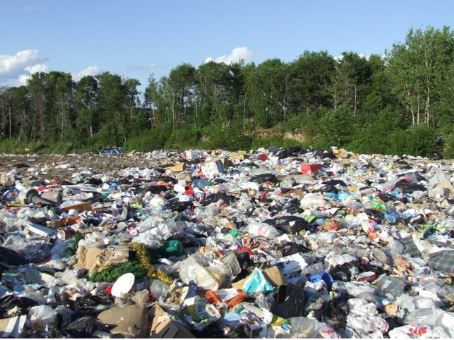 As our landfills fill up with single-use plastics, there is some debate as to whether responsibility for this excess waste belongs to corporations or to consumers. Although many have rightfully maintained that corporations should be held accountable for producing products that inevitably produce waste, we, as consumers, do have a certain degree of choice when it comes to what products we endorse. There are many different avenues for people who want to consume responsibly. Since the phrase, “Reduce, Reuse, Recycle” became popular in the 70’s, these three actions have been seen as cornerstones for the environmentally conscious. Recently, though, the third part of this mantra may have become much less environmentally-friendly than it may seem. As Mrs. Sieber, head of LWC’s Environmental Action Club suggests, “Make sure that your top priority is the reduce and reuse part of the three “r”s.  Then recycle.”

Until January 2018, most recycled products from the United States were exported to foreign recycling centers– according to The Week, China alone accepted more than 40% of recycled materials, including glass, paper, and textiles, to be recycled and converted into cheap exports. It has been estimated that about 25% of the exported “recyclables” from America were contaminated with food particles or non-recyclable materials. This means that China was effectively importing large quantities of American trash, which ultimately posed a threat to the environment and to people’s health. That’s why Guo Jian, a Chinese official in charge of international cooperation in regards to environmental protection, announced in 2017 that China would no longer accept American waste. According to Jian, “The problem of foreign garbage is loathed by everyone in China.”

Now, American centers responsible for waste disposal are faced with a new problem: what do we do with all the recycling that we can no longer export? Recycling has become such a financial black hole that recycling centers are closing all over the United States–in California alone, nine hundred ninety-six centers have closed since 2015, and in 2019, the recycling center in Carlinville, Illinois closed its doors, with other nearby centers severely restricting what products they will accept. According to The Week, as recycling centers are faced with more recycled goods to manage than ever before, and at a declining profit, those American recycling centers that do stay open are severely overwhelmed. Because domestic recycling centers are so ill-equipped to deal with the new onslaught of American waste, many towns across America have been forced to bury or burn their recycling, or simply put it in landfills with the rest of their trash. Where many cities would receive money from recycling centers for each plastic bottle they turned in, or each metal can, they now have to pay those same centers just to take their recycling.

As our penchant for recycling goes down, though, our production of new plastic only increases. Plastics break up but do not decompose, and these microplastics worm their way into the environment, infiltrating everything from soil to our water supply. According to Roland Geyer, an industrial ecology professor at UC Santa Barbara, “Plastic is already everywhere in the environment by now, and it will get more and more pervasive in higher concentrations and higher levels.” Until we get our plastic problem under control, the plastic we unthinkingly throw away will long outlive us, leaving all the plastic sporks and plastic bags we use in today’s lunch as a problem for our children, and their children, to grapple with. As Mrs. Sieber comments, “If we continue to just dump these resources into a garbage dump, then it is entirely possible that we won’t have these conveniences available for future generation[s].”

For those who can no longer toss a plastic bottle into a recycling bin and walk away with a clean conscience, there are many different ways to reduce your waste. A great deal of our waste comes from the food that we consume. Mrs. Seiber advises, “Reduce food waste as much as possible.  Plan your meals in advance and avoid beef and cattle as often as possible.  Fish and chicken are more environmentally friendly meats.” Small decisions made on a wide scale can severely limit the amount of waste that ends up in landfills. Bring reusable water bottles to school. Consider bringing a lunch from home, and using reusable straws and reusable silverware when possible. The trick is to be conscious of the waste you produce, and take small steps to curb it. We don’t need everyone to lead a 100% waste free life, but if we all take small steps to limit the waste that we produce, we may have hope to preserve our Earth for human life now and into the future.