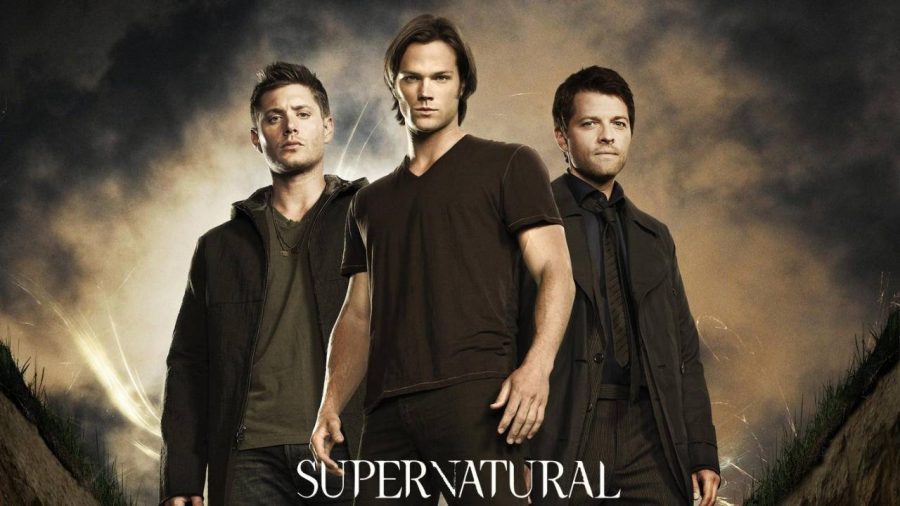 The hit CW show Supernatural has been on air since 2005, but with the news that their 15th season will be their last, I compiled a list of the ten most enjoyable and outright crazy episodes from the past fourteen seasons. My decision was assisted by a fellow Supernatural fan, Greta Baumgartner, who has been following the show for years. The following episodes are the most comical and unique episodes of the series.

This episode follows the common ‘monster of the week’ episode structure, yet it has given itself special meaning in one way: it is filmed entirely from the inside of the Winchester’s beloved 1967 Chevrolet Impala, who Dean has nicknamed, Baby. The episode mentions John Winchester, the boys’ father, who previously owned the car before them. This episode is a tribute to the most common prop in the show, and its cinematography is stunning, “adding a whole new excitement to the show,” earning its #10 spot.

This episode was one of the most anticipated episodes in the show’s history. The production team of Supernatural teamed up with the production team of Scooby Doo, to create a crossover episode. The episode follows Sam and Dean as they navigate a case about a child ghost, and then somehow get stuck in their TV, become a cartoon, and meet the Scooby gang. This episode didn’t make the top of the list because “it didn’t have the most interesting plot,” as Greta put it, but “come on, it’s Supernatural mixed with Scooby Doo!”

This episode is probably the craziest of all. While Heaven is raging a civil war, the angel Balthazar sends Sam and Dean into a parallel universe without magic. The only catch is: in this universe, Sam and Dean are the stars of a show called ‘Supernatural’. Sounds familiar? This episode deserves the #8 spot in this list because it “demolished the fourth wall” and pokes fun at the cast, its fans, and the production team.

This episode has an amazing plot and is generally fun to watch, but it is again a fourth wall break. While on a case, the boys discover a book series called ‘Supernatural’ which accurately describes their lives. The book is written by a man named Chuck Shurley, who turns out to be God disguised as a prophet. This episode grasps our #7 spot because it “does a good job of foreshadowing later seasons,” as Greta put it and the comical and dynamic plot is intriguing.

This season premiere is considered to be the best of all the seasons. It follows the story of Dean’s mysterious return from Hell and his quest to find out who or what saved his soul from perdition. In his search,  he meets Castiel, the first angel to appear in the show who becomes a series regular and a fan favorite character. This episode is a turning point in the series and “introduced so many great things to the show, including some new amazing characters and storylines with one shocking entrance.”

This Groundhog Day inspired episode follows Sam and Dean as they investigate the Mystery Spot, a tourist attraction. While investigating, Dean is shot while trespassing and dies. The catch is that Sam wakes up after Dean dies, and relives the day over, only for Dean to die a different way. Sam wakes up everyday for over one-hundred days trying to save his brother. This episode acknowledges Sam’s fear of Dean dying, has many iconic comical moments and includes the Trickster, who is a fan favorite character. “This episode was a given to be on this list,” Greta says.

This episode follows Sam and Dean’s investigation of a high school teacher’s death. While on the case, the boys find out that the school is performing a musical called, ‘Supernatural, The Musical’, which is based on Chuck’s series of Sam and Dean’s life. This episode earns the #4 spot on this list because “it lets the fans feel like a part of the show” and it was an outrageous episode that sticks in the minds of anyone who watches it.

This episode is like no other. Instead of being based around Sam and Dean’s struggles, this episode is based around Castiel and what led him to betray the Winchesters. It gives the fans insight on Castiel and his struggles in heaven, how he started a civil war, and the lengths he would go to to do what he believes is right. Even though the viewers know that he is doing the wrong thing, it’s heart-wrenching to watch a beloved character go to evil lengths. “It’s powerful and compelling,” says Greta.

This episode follows Sam and Dean when they are placed in a TV world by the Trickster. This episode is downright hilarious as the boys have to live through TV shows such as a medical drama called ‘Dr. Sexy’, a Japanese game show, a genital herpes commercial, a crime show, and more that mock TV and popular films. This episode earns the #2 spot because “it has a perfect mix of humor while also following the plot of the season.”

This episode was a no-brainer and it was the first episode Greta and I both said deserved to be on the list. This episode was supposed to be the series finale of the show. The show was originally planned for five seasons, with one big plot that connects them all together, and even though it was renewed for season six, the writers went through with the planned ending to the season. This episode follows Sam and Dean’s last attempt to overthrow the Biblical apocalypse that would kill millions. In a last-ditch attempt to save the world, Sam sacrifices himself, and Dean has to learn to let him go and to live a normal life with an ex of his named Lisa and her son, Ben. It’s no doubt the most emotional and powerful episode and it’s chilling to know that it could have all ending like this. Greta adds, “It did such a great job of wrapping up all the seasons that came before, and even though it wasn’t the series finale, it was the best season finale so far.”