Review: Turtles All the Way Down 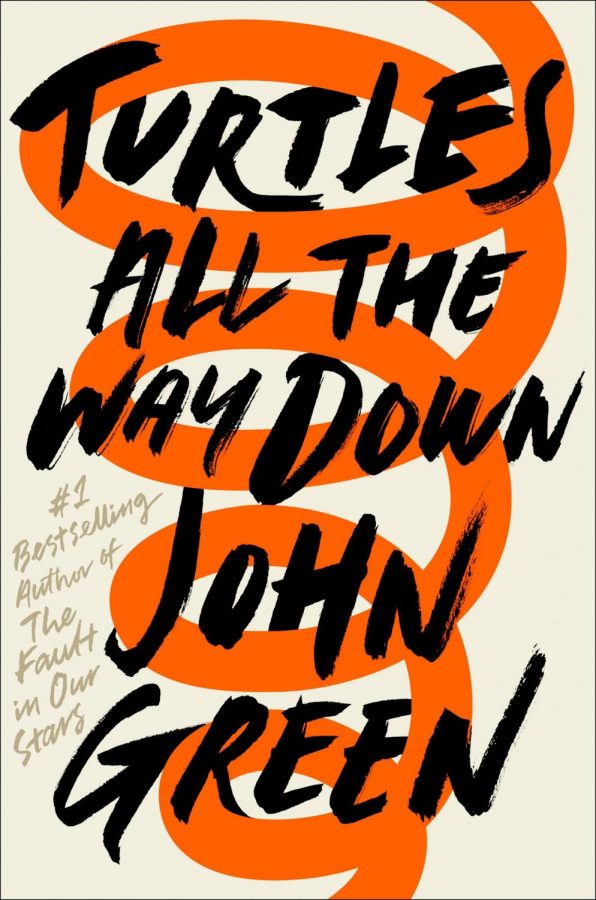 The book Turtles All the Way Down by John Green came out in October of 2017, but if you haven’t picked it up yet, I highly recommend that you do. John Green tends to get a bad rap for his “fake-deep” prose that seems to define modern young-adult fiction. To some extent, this criticism has some truth to it, but Turtles, in my opinion, is different.

Turtles All the Way Down follows the story of sixteen-year-old Aza Holmes, living with anxiety and obsessive-compulsive disorder. In the course of the book, she reunites with an old friend, Davis Pickett, when his billionaire father goes missing, and having knowledge close to the source might help Aza and her best friend Daisy find his father and claim the hundred-thousand-dollar reward. Aza tries to reconcile her feelings for Davis with the potential reward that would come with betraying him. Throughout the book, readers witness Aza try to be a good friend and a good daughter, all while grappling with the ever-tightening spiral of her own mind.

The name Turtles All the Way Down, as explained in the book, comes from the old idea about the structure of the universe, which said that the Earth rests on the back of a giant turtle. What’s beneath that turtle, you may ask? That’s the kicker. It’s turtles all the way down.

For the reader who hasn’t picked up the book yet, this title might seem a little random. What does an outdated cosmological theory have to do with a book about a sixteen-year old struggling with mental illness? The title helps to explain Aza’s relationship to her mental illness. When she follows the spiral in, or she follows the turtles down, looking for where the mental illness ends and the real Aza begins, she finds that every part of her– her thoughts, her actions, her personality– is tainted by mental illness. Then she begins to wonder if there was ever any real Aza at all.

Turtles is a great book. It’s quick, it’s easy to process, and it can be very funny, but it also manages to communicate some poignant truths that seem to be few and far-between in young adult fiction. I think that for people who struggle with mental illness, this novel might be an avenue for them to see themselves reflected in a fictional character, and maybe to better understand themselves. For people without, it will be an entertaining lesson in empathy. Either way, it’s a must-read.