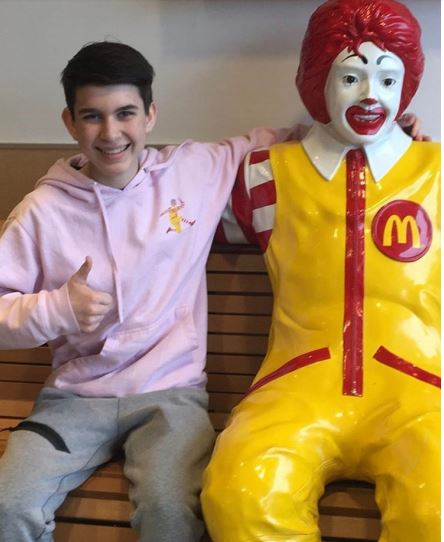 Every day, Lincoln-Way Central offers a plethora of different choices to eat for both
breakfast and lunch. From a hot muffin in the morning to pre-made sandwiches in the afternoon,
LWC cafeteria satisfies students throughout the day.

Personally, my favorite would have to be the french fries. Almost every time without fail, they are crispy, salty and delicious and are a very popular pick at my lunch table. Another favorite of mine, although only available on rare
occasions, is the delicious pasta salad for only fifty cents a pop. However, I wanted to find out the favorites of my fellow peers. In a survey conducted in my advisory, the mac and cheese bites proved to be a fan favorite, closely followed by the fries and the ice cream.

The ice cream cooler is a new addition this year, and has become incredibly popular. From frozen
Snickers bars to cookie ice-cream sandwiches, the cooler offers plenty of possibilities to treat
yourself after a hard test or a long lecture.

To further my research, I conducted an interview with Robert Sanders, famous throughout the school for his food reviews on social media, also known under his pseudonym “Uncle Bob.” From Starbursts to chicken sandwiches, Robert has no limit on what he will review, giving only the most honest opinion on each. This led me to believe he
would be an expert on the subject. In an interview, I asked him what his favorite food was in the LWC snack bar. After careful consideration, he responded, “The Uncrustables. Both the grape and the strawberry are equally delectable.” Although this is not original to the snack bar, the Uncrustables are an easy snack if you are craving a simple sandwich.

Through my research, I learned that there aren’t many things that students don’t like from the snack bar, showing the universal approval of the LWC cafeteria.