is it worth watching? 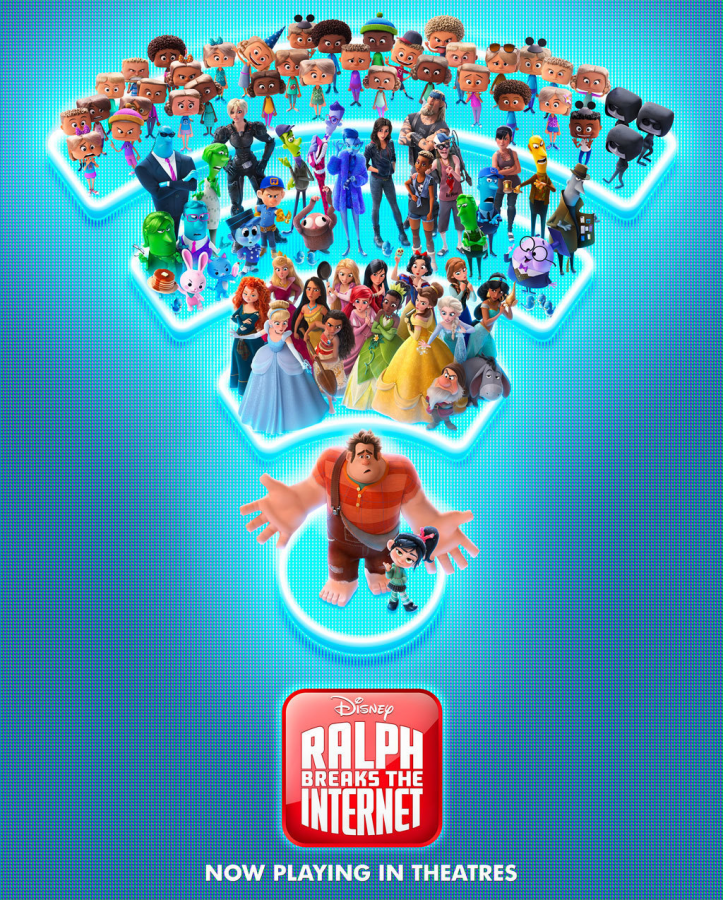 Disney's Wreck it Ralph sequel is in theaters now

Six years after Disney’s successful movie, Wreck-It Ralph was released in 2012, a sequel came out recently in 2018. Ralph Breaks The Internet follows Ralph and Penelope’s adventures through the internet as they try to make enough money to buy a part for Penelope’s game. It came out on November 21, 2018, and as of December 9, has grossed $258.2 million worldwide. I saw the movie with a few of my friends, and I have interviewed Miranda Tyda, who has also seen the film. There will be no major plot spoilers ahead, so don’t worry.

The movie was enjoyable, in most parts, but I do believe that there were some downfalls. The way Disney imagined the inter-workings of the Internet was very creative. Miranda believes, “I thought the movie was a great way to show an imaginary point of view of what it’s like inside a phone or computer.” Even though I also thought this, some factors of the film were kind of confusing. For example, there are characters on the internet that represent an actual living person, such as someone watching a YouTube video. Ralph and Penelope could not interact with these people, yet there were also people on the Internet that seemed to have emotions that they could interact with. I was confused about how this works and thought about it throughout the movie. This may have just been a confusion on my part, because Miranda stated, “I didn’t really think that anything was confusing.”

The plot was not thrilling and moved slowly, but rapidly picked up in the end. I felt as though it was dragging on for most of the movie, but I was still pleased with the outcome. When asked about things that she didn’t enjoy about the movie, Miranda said, “The ending wasn’t a great way to finish the movie.” This movie was also less about life in the arcade, which is something a found really interesting in the first film, and more about the friendship between Penelope and Ralph. It teaches a lesson about toxic friendship and letting people go, which is a very important moral to teach young children who may be watching.

The best part about this movie was the cameos of Disney villains and heroes. The scenes with the princesses were very enjoyable, and it was great to see them bashing some of the princess tropes. But the princesses aren’t the only good cameos. Marvel, Star Wars, and Pixar fans are going to love to see their favorite characters in the background of this movie. Miranda agrees with me on this, saying that the cameos, “added more interest and flavor to the movie.”

Another aspect of the movie I enjoyed was seeing popular websites and funny internet tropes and videos be referenced. It is not every day that a movie focuses on the internet and social media’s influence on humor. Even though I really enjoyed this, I feel like people who are not really familiar with the internet or are not frequently on social media may not get all the underlying jokes and references, and even some references to things that young children may not even understand. This movie seems to be targeted more towards young adults and teens, yet having the rating so children could also watch it.

So, should you watch the movie? Yes, I recommend it. I believe that there are some parts of the movie that everyone could laugh at, and so does Miranda. She believes, “It provides a great presentation of what the internet is actually like,” and “, it was a great movie that was funny.” If you have seen the first movie and really enjoyed it, you are going to enjoy watching Ralph and Penelope on this adventure as well.